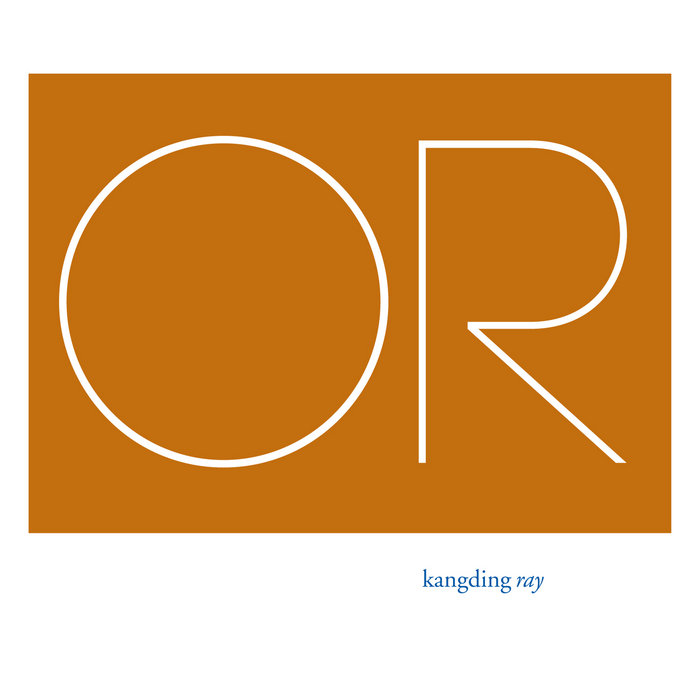 After the »Pruitt Igoe« EP, Kangding Ray returns with his third album for raster, pushing further his explorations on the edge of digital and analog sounds. With »OR«, Kangding Ray continues to blur the borders between experimental and bass music, and brings his signature sound to another level, somewhere at the darkest fringe of club culture.

With the massive metallic beats of »Athem«, the frightening distorted waves of »Mojave«, the elevated groove of »Odd Sympathy«, the modulated guitar walls of »Leavaila Scheme«, or the low-bitrate Everest of »La Belle«, Kangding Ray creates deep atmospheres, loaded with echoes of collapsing economies, dysfunctional political systems, and corporate alienation.

In an abstract manner, »OR« depicts the disillusions of modern civilizations, while initiating a positive reflection on crisis as a creative state.

»OR« (»gold« in French), as the only chemical element that seems to keep its value for eternity, refers to the cult of endless consumption and the absurdity of fluctuating currency valuations, while in English, as a logical operator or grammatical conjunction, »OR« represents the possibility of another choice, an »inclusive disjunction« which suggests that there might be another answer, a different path to follow.

Noticeable inputs have been provided by Ben Frost, who composed a keyboard line for »OR«, Rose Tizane Merrill who lend her voice to the anarchist poem »Monsters«, and Magne Mostue who wrote the words and sang on »Coracoid Process« as well as the vocal version of the prophetic electronic mantra »Pruitt Igoe«.

raster sees itself as an independent »artistic platform« and would not be imaginable without the diverse engagement of its associated artists.
In addition to music from well-known and emerging artists, raster also releases books, data carriers, graphics and installation works. ... more

Bandcamp Daily  your guide to the world of Bandcamp

outré black metal, with a Victory Over the Sun interview and music from Liturgy and Jute Gyte.